skip to main | skip to sidebar

Hi all. The blog now has a new home:

Meet me over there!

Dan
Posted by Daniel Root at 7:48 AM No comments:

"The Sky's the Limit" Exhibition at PDX

If you find yourself with some extra time at Portland International Airport (PDX), talk a walk over to Concourse A, near the boarding gates for Alaska and Horizon Airlines. I have nine matted prints on display. Six were taken with my digital SLR camera, and the three other prints are diptychs of images taken with my iPhone.
My work was selected, along with six other photographers living in Oregon and SW Washington, as part of an exhibition called "The Sky's the Limit," which is being sponsored by the Regional Arts and Culture Council based here in Portland. The exhibition is focusing on all aspects of aviation, air travel and airports.
The exhibition runs through the end of July. I don't want to give it all away, so here are a few samples of my work in the show. 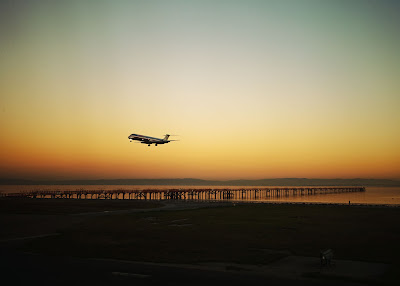 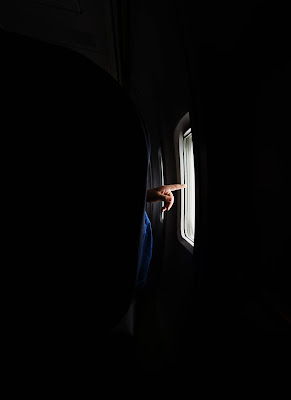 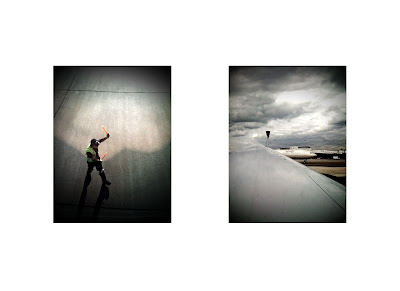 As some of you might know, myself and four other photographers joined together to form PhotoForce, a photographic collective. Last week we held an exhibition called, "Setting the Table," which was a pro bono photography project for Oregon Food Bank. Our goal was to raise awareness and support for Oregon Food Bank, by showing the cycle of food in Oregon and the impact that Oregon Food Bank has across the state. We estimated that we had about 400 people show up that night. If you did not know about it, or could not come, please check out some of the images here from the project.
So I would like to thank all of those that showed up to the event, and especially my fellow PhotoForce members, Lincoln Barbour, Brian Lee, Stuart Mullenberg, and Steven Scardina. These guys all are amazing photographers, and I feel so honored and grateful that they included me in this wonderful effort.
Here are two of my images from the show. 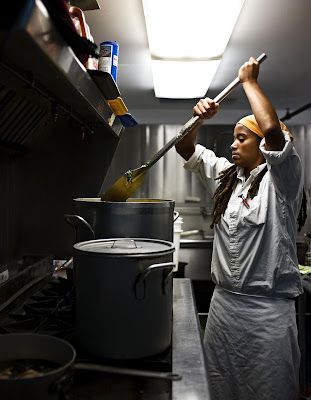 Caption: Nina Diouf, kitchen co-manager at Sisters of the road, stirs up the morning’s meals. Some customers pay the $1.25 the kitchen charges for a meal (25 cents more for a drink), but just as often they pitch in, emptying trash, cleaning tables, or doing whatever else is needed. For their toil, they receive $6 an hour in meal credits (just 15 minutes of sweeping, for instance, earns one credit) to either feed themselves or to donate to a family in need or someone too disabled to work. 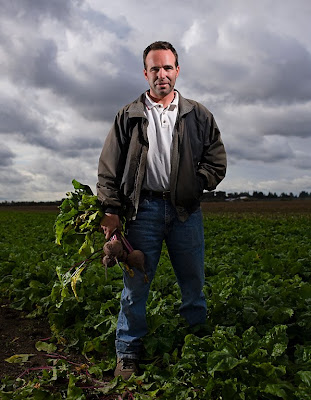 Caption: In 2009, Montecucco farms co-owners and brothers Brian and Jason Montecucco donated 25 tons of beets, or five percent of the annual yield; here, Brian holds a few pounds’ worth of a recent harvest. “It’s simple,” says Jason. “people need food. We have it. We give away what we can’t sell. And while it may not be good enough for the market, it’s good. It’s what we eat at home.”
Here are some pictures from the night of the exhibition by another wonderful Portland, Oregon, photographer, Andrea Lorimor, who volunteered her time and effort to come up with some great images from the last Thursday night. 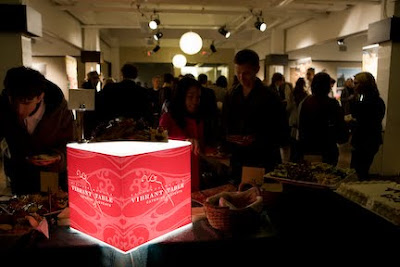 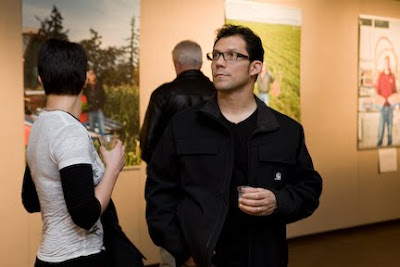 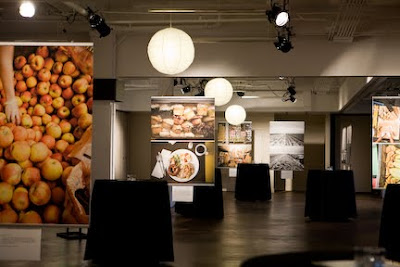 Posted by Daniel Root at 6:45 AM No comments:

Daniel Root
Portland, Oregon, United States
I am a freelance photographer based in Portland, OR.